The capital of the Chianti Classico winemaking zone is Greve in Chianti, a medieval town located just five minutes from Viticcio Winery. While there is plenty to see and do in our town, the territory around Greve in Chianti is full of history and sites you don’t want to miss.

Once you’ve finished exploring Greve in Chianti—from its weekly market held faithfully since the 1200s to its enotecas and bottegas—these are the first three spots we’d suggest you explore outside of town to get a taste of the ancient history that has shaped this territory. Even better? They’re all located conveniently within 20 minutes or less of Greve.

Ancient history around Greve in Chianti

Step back in time in Montefioralle

Just a five-minute drive and 20-minute walk from the center of town is Montefioralle, one of the most ancient villages in Chianti. Incredibly, it’s still enclosed within its original octagonal fortification walls. First documented in 1085, today if you wander the streets around its ancient stone buildings, through shaded passageways, and under overarching houses, you’ll truly feel like you’re stepping back in time. It is one of the best surviving examples of such well-preserved architecture and life in medieval, rural Tuscany. 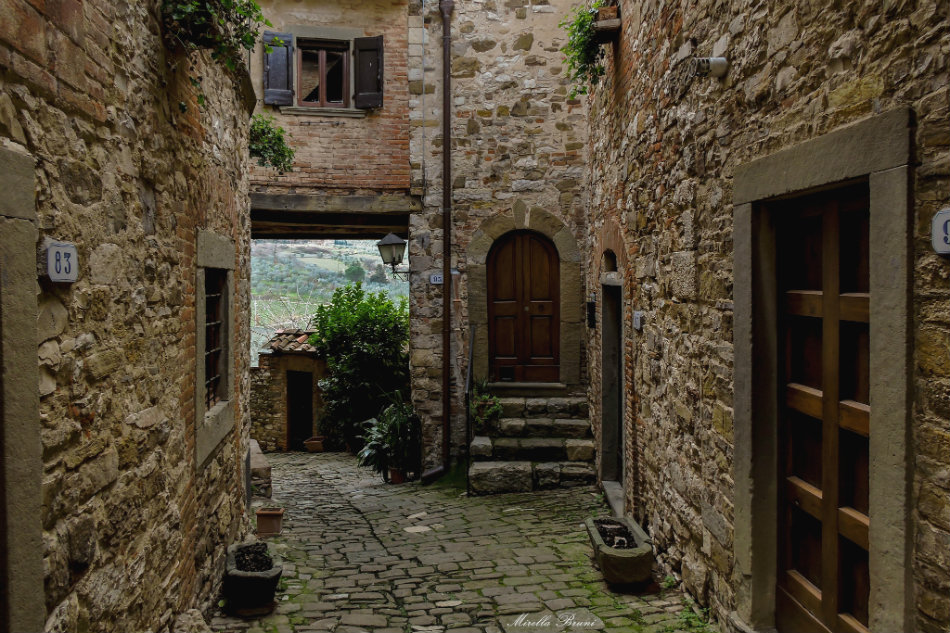 Walk up to the highest point of the village to visit the Church of Santo Stefano, rebuilt in the 17th and 18th centuries and housing precious works of art from the 13th century, such as that of the Virgin Mary by the Maestro of Greve (sometimes known as the Master of Bagnano).

Of particular interest to history lovers is a house in the circular main street of Montefioralle that is noted as the birthplace of Amerigo Vespucci. You’ll know it’s the one when you see the letter “V” and the Vespucci’s family symbol, the vespa, or wasp, outside.

Explore the Castle of Verrazzano

The countryside of Chianti Classico is dotted with dozens upon dozens of castles (we even suggest you take a castle itinerary here), and the Castle of Verrazzano is comfortably located just ten minutes from Fattoria Viticcio. 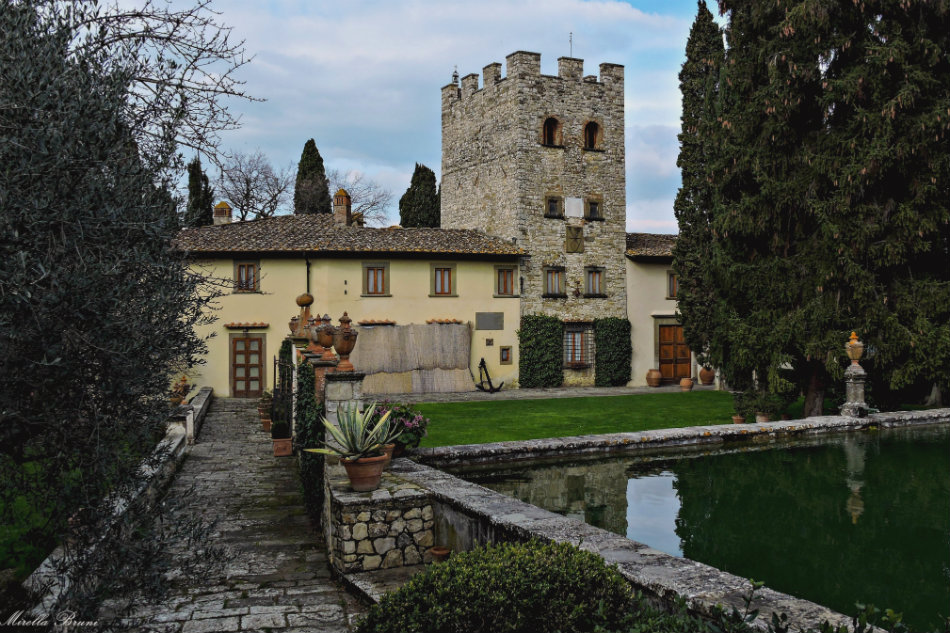 The castle, built in the late-15th century, is famous for being the family home of Giovanni da Verrazzano, who was the first explorer to chart the Delaware Bay and the New York Bay, traveling into the Hudson River to take note of the natives he saw along the way (among his many other explorations up and down the Atlantic Coast). In addition to the Verrazzano family, several other prominent families owned these walls: the Ricasoli, Benci, Gherardini, and Vespucci—yes the same Vespucci as the name on the home in Montefioralle. Why own one castle when you can own several? It was the rule rather than the exception for nobility to own multiple holdings, villas, and castles throughout the territories they ruled. Indeed, the Verrazzano family also held a palazzo in Florence, and though this was destroyed by fire, they still have an alter and several tombs in the church of Santa Croce.

The beautiful monastery of Badia a Passignano, located less than 20 minutes’ drive from Greve in Chianti, should definitely be on your daytrip itinerary. Founded in 1049 during a Roman Catholic Vallumbrosan monastic reform, its original quadrangular complex with corner towers can still be seen today. The convent was enlarged in the mid-1400s with the addition of cloisters and a wall. 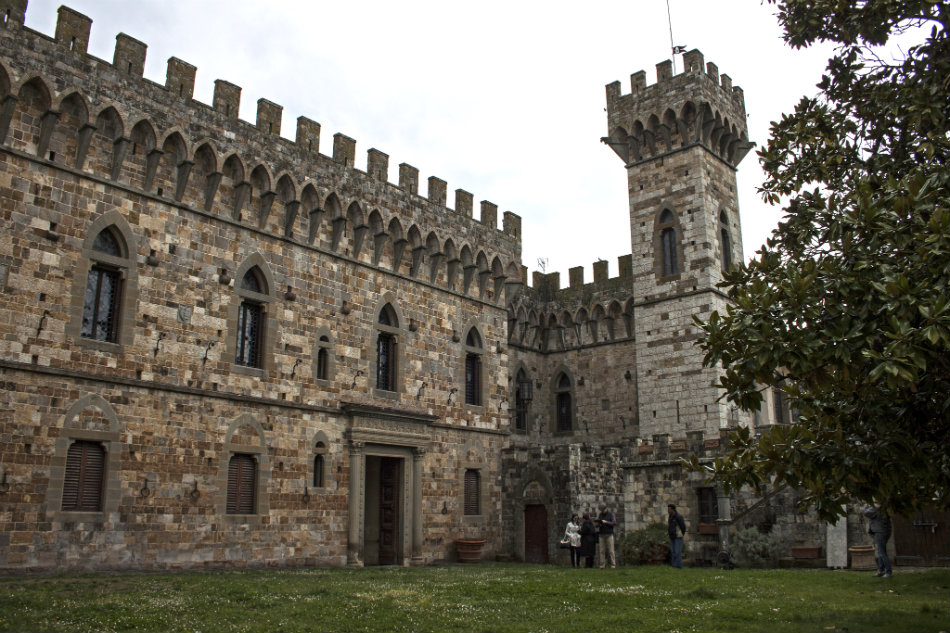 Beyond an avenue of the typical Tuscan cypress trees, the monastery’s main structure opens into a courtyard where the Church of St. Michael the Archangel stands, dating back likely to the 13th century. Of particular interest is the fact that its façade is constructed of “albarese,” a Tuscan limestone that makes up a prevalent part of the vineyard-cultivated land in the area—including our own vineyards for our Chianti Classico wines!

The monastery is still home to a small community of Vallumbrosan monks today, and can be toured with a guide on Sunday afternoons upon request. And, if you’d like to explore the surrounding village, make sure you admire the 12th century tower house and Church of San Biagio.